A lot of people buy smart phones like the iPhone with the intent to play some good games when they’re bored or have nothing else to do. As a completely new operating system, Android had very few games a couple of years ago, and was mostly used by software developers and geeks. There were a few arcade games like the ever-present Tetris, but nothing came close to the games selection of the iPhone, for example.

Fast forward a few years and Android is quickly becoming more popular than Windows Mobile and Palm WebOS, with a lot of new handsets running it and a few tens of thousands of apps, a lot of which are free, available on the Marketplace.

Having a Linux core, it is only natural that Android should have good 3D capabilities, and the latest games are using them to their full extent. Here are some of the best 3D games for Android phones that have the potential to make you stop carrying a Nintendo or PSP around. 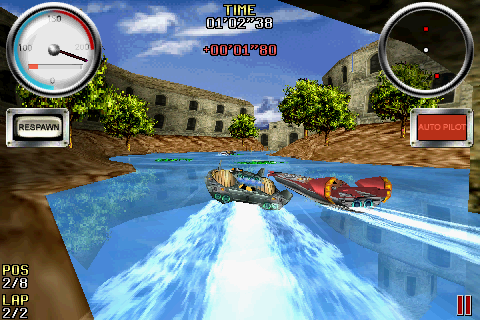 This is an excellent game, in which you race some nice, futuristic-looking boats at break-neck speeds in a lot of beautiful locations. This game is like Need for Speed, only on water (though I remember an old desktop game that looked just like it, but I can’t remember the name). The graphics are great, the racing is fun and you can compete with other players using the multiplayer mode.

The only bad thing is that the battery will last quite a lot less than usual (a few hours at most), but this is true for all games, which use all of the available resources and therefore reduce battery life significantly. 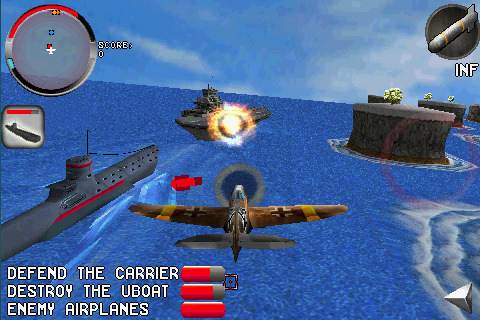 This is an amazing flight simulator and shooter, which gives you control of some of the most well-known World War 2 fighter planes. You are given missions like bombing ships and bases, finding submarines, dog fighting other planes, and generally unleashing hell on enemies. The weapons arsenal is pretty standard – bombs and machine guns. The game is very similar to the desktop Pacific Warriors, if you ever played it. With this game, time flies as fast as your planes :-). 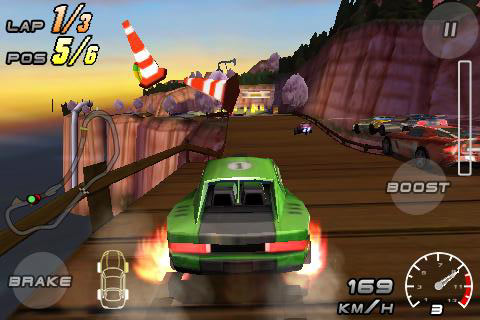 These two games (which are very similar, just with different cars and a bit better graphics in the 2nd one) are a great alternative for Need for Speed. It’s beautiful, the racing itself is fun and the controls are good, which is all you need for a good racing experience on your phone. If you like racing games and have an Android phone, you’ll most definitely like this game.

This is a very good and fun FPS (First Person Shooter) game, with great graphics that could rival those of Sony’s PS1 and PS2 or even the PSP. It will definitely keep you entertained for a long while. The characters are weirdly fun, the story is simple (which is not necessarily bad) and the controls are good. It does support multiplayer, so you can have a death match with other people. It costs about $4.50 (the price is 3 euro), and it’s a pretty good investment. 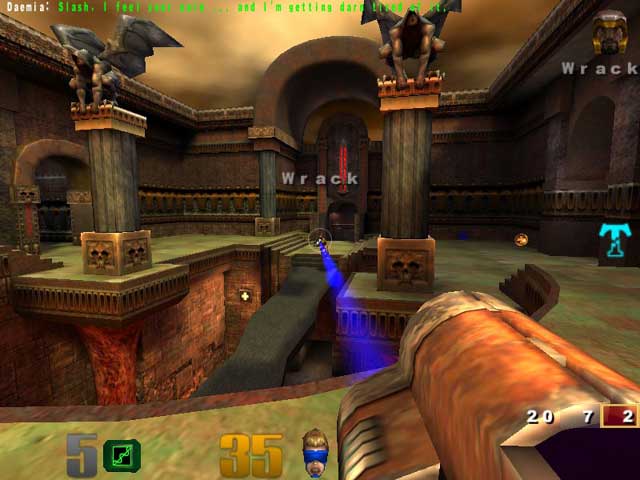 You may probably ask, “What, THE Quake 3 Arena?”, and the answer will be Yes! The Android OS can run the full version of Q3A, and it’s not a port, but the desktop version itself! This only goes to show how far mobile devices have evolved. Just over a decade ago, I was playing this game over LAN with others using a computer with a 233 Mhz processor and 96 MB of RAM. Now anyone who likes it and has an Android phone can play it anytime, anywhere, with the same graphics and sound quality and childhood memories :-). The main drawback is that you’ll need a hardware keyboard (Q3A wasn’t made for touch screens), but hopefully, somebody will make it work with any phone.

As you can see, there are a lot of great 3D games for Android, which can keep you entertained for a very long while. Not only that, this year we’ll also see a lot of even better games in the future. The only thing you’ll definitely need to have to be able to fully enjoy them is a powerful enough phone, but that shouldn’t be a problem with the new generation of smartphones.