The Google Nexus S is one of the newest phones to hit the market, and it definitely shows. The criticisms about the Android series of phones are hardly present when you really look at the specs on the Nexus S. For example, you have a phone here with a battery life of about 428 hours in standby mode, and 6 hours of talk time. That’s pretty lengthy compared to say, the BlackBerry Bold or even the new Torch.

There’s a lot of power in the Google Nexus S, and you only need to look at the process and memory to see what’s up. Indeed, this phone has a great set of processor and memory chops, from the 1Ghz Cortex A8 processor. From the memory side of things, you have a 16GB flash memory onboard, which gives you plenty of room for just about everything you can think of. Now, you don’t have external memory capabilities, but the 16GB should give you everything that you need — really. 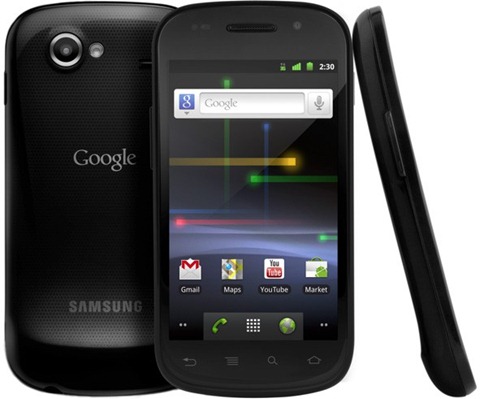 The screen is really where the Nexus S shines through. You have a 4″ WVGA screen with 480×800 resolution — not too shabby. Add in the fact that you have Super AMOLED on your side, and you can rest assured that you’ll be able to watch plenty of movies — you can even turn the screen into landscape mode to watch your videos in style. After all, you do have 16GB to use as you see fit!

It’s a touchscreen to the core, which might please some fans and turn away others. If you haven’t had a touchscreen before, try this phone before you decide the touchscreen format just isn’t your cup of tea, okay? You just might like it!

The form is more or less the standard smartphone — thin, flat, squished candybar style. It’s wide — 63mm x 123.9mm x 10.88mm, but it’s definitely light at just 129g. This means that if you’re worried about breaking it, you might want to make sure that you actually keep it close to you on a belt or in a holster.

If there’s one thing that smartphone fans demand, it’s a great camera. One of the things that the Nexus S tried to do was have not only one camera, but two cameras. There’s a back-facing camera to take pictures of just about everything the world has to offer. There’s also a front facing camera for those self portraits that everyone likes to post on Facebook. It’s so much easier to capture that stuff with the front-facing camera.

There is definitely an audience for this phone, and you shouldn’t feel bad if you don’t fit into that audience. It’s really hard to look at a phone and think “Oh yeah, I want that” if it doesn’t meet your needs 100%.

This was a phone that had a huge hype, and a lot of people feel that the hype just doesn’t match the phone. Early reviews were quick to point out the lack of expandable memory. An SD card might have saved the day, but the Google team decided to skip over it. This is going to be a phone that’s hot with the teen set and other people that are new to touchscreens.

If you’re thinking about this phone because you want to get in to the Android craze, you are in good company. It wouldn’t be a bad phone for that purpose, as long as you realize the high and low points of the phone.

Overall, we like the Google Nexus S, but we think that a few firmware updates and maybe an overall hardware update to accommodate expandable memory might be just what the doctor ordered!