Getting a phone on a pre-paid phone carrier has usually meant getting a basic flip phone and praying that you’ll be able to get the reception you need to make the calls that you paid to get in the first place. However, that may be changing soon, thanks in part to the Android platform.

Take Boost Mobile for example. The network is known for offering an all-inclusive all-you-can-eat plan for one low price, which means that you have plenty of usage …if you’re willing to deal with the phone lineup. With Android on the lineup now, Boost can actually entice more people into their network. They now have the Motorola i1, which brings the Android power to the pre-paid market, something that hasn’t been done previously. However, is it a perfect implementation of Android? Definitely not. 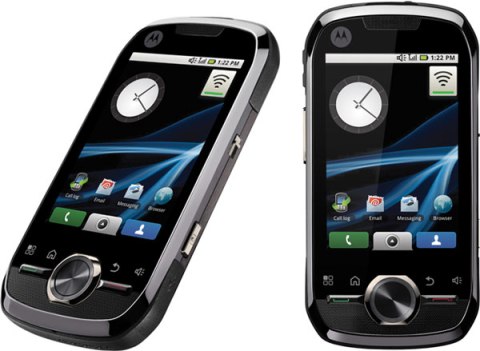 The failing comes from the fact that the operating system that is on the Motorola i1 is the Android 1.6, which means that there are apps that just won’t work on the i1. It’s something that Sprint, the network behind Boost Mobile, has not announced that they would change in the near future. The operating system for Android is currently at 2.2 — making it clear that the i1 is already behind from the beginning.

The speed isn’t going to be the best, considering that the phone is dependent on the iDEN network, which doesn’t boast the same speeds as what users of Sprint are used to from EV-DO. However, it’s definitely a step up from the classic pre-paid cell phone. Anyone that has had to suffer with a tracPhone will find the i1 is definitely a much better substitute from that type of flat, non-dynamic phone.

Just because it’s on a lower version of the Android operation system doesn’t mean that there aren’t apps that you can download and use with the phone. You may have to do more digging than someone already running Android 2.2, but it’s still a possibility.

A full keyboard phone on a pre-paid service is a rarity, and that’s one area where the Motorola i1 really does shine. The keys are stable and everything “feels” right. Web browsing is less slow than it would be expected to run, thanks to Opera Mini and extreme server-side compression of all the HTML data.

Overall, the Motorola i1 has some good aspects and some areas that definitely need improvement. However, there’s a good chance that if you’re on Boost Mobile, this is one of the best phones you can get. With the all-inclusive plan, you really can’t go wrong picking up a Motorola i1 with Android technology!