Trying to get your gaming fix while you’re traveling can be a little difficult. One would imagine it wouldn’t be that hard, though. After all, this is the age of technology — if you can be entertained by YouTube memes while you’re at your desk, why not be entertained by great Android games when you’re on the go?

We’re not talking about mobile Yahtzee and chess, though. That’s for another article. You want great graphics, great sound, and plenty of action, right? 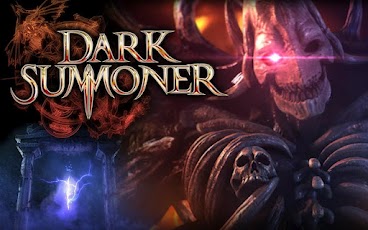 Absolutely! We thought the same thing when we stumbled across Dark Summoner. This is one of the most intense MMORPGs we’ve come across for the Android platform.

There’s a lot to like. It’s completely free, which means that you can play to your heart’s content. In addition to it being a free game, it’s already got a great reputation. This is a game that was ported over from the iPhone App Store, and a game that also has a massive following. If you’re a true fan of dark fantasy, you will have a lot of fun playing this game.

It’s not just about rising through a lot of levels. It’s a social game, so it’s all about the interaction. And it’s done with stunning artwork. That was one of the top things we noticed right away.

Keep in mind that this is going to be a very connection-intense game, as many of the best MMORPGs really are. So you want to be on Wi-Fi as much as possible for this. Does it matter? Not in the grand scheme of things, but if you’re all about the best experience possible, then Wi-Fi is where you want to be with this.

If you really just want to play on breaks, you’ll find that you can still advance in the game without falling behind. You can make allies in the game that will confront Dark Lords in battle, join Clans, and even make new friends as you conquer the in-game world — or watch your character die trying!

If you’re stuck at an airport and you have a lot of time to kill, this is definitely an upgrade from those “brick breaking games”. It’s all about being able to relax, unwind, have a good time…okay, and it never hurts to be able to crush enemies on the battlefield. You get all of that and more with this style of game, so why not check it out for yourself today? You’ll be glad that you did!