Android’s popularity is showing in a big way, though not in the way that we would like: Symantec has just reported that as many as 5 million Android handsets are infected with a trojan called Android Counterclank. The malware is embedded into a lot of different apps in the Android Market.

So, what does this malware actually do? Once it’s downloaded, the tainted app launches services that spill information about the device back to the malicious host, including your MAC Address, SIM Serial, IMEI, and IMSI. 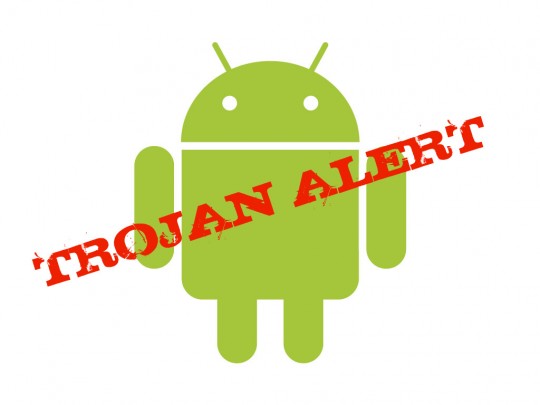 The estimate is just that — an estimate. Android Counterclank may be installed on anywhere from 1 million to 5 million devices.

Want to know if you’re infected? You can look for the presence of a “search” icon on the home screen — it’s pretty easy to see.

Symantec is still doing their investigation, but that doesn’t mean that you can’t look and make sure that you don’t have one of these already identified apps hiding out.

There are 3 publishers at the heart of the attacks — iApps7 Inc, Ogre Games, and redmicapps.

For Ogre Games, the games in question include Balloon Game, Deal & Be Millionaire, and Wild Man.

If you have any of these apps on your device, you will need to uninstall them immediately. To do this, you’re going to want to open up the Menu, go to Settings and then selection Applications. From there, click Manage. Finally, you will want to select the application you want to remove and click the uninstall button.

You will need to do this for every app that is questionable on your device. Don’t forget that there are protections for your Android phone — after all, who wants to be left worrying about the next trojan making the rounds? You can install Norton Mobile Security which will protect your Android phone from threats. It’s in the Android Market, of course!

Factory reset should be considered a last resort because you will lose any data that isn’t backed up.

Hang in there, Android fans — these trojans come and go. If anything, look on the bright side — people consider Android a serious player now, which is why you’re seeing threats against the platform. Proper protection and prevention will let you enjoy your Android phone for a long time, though!