We wanted to talk Android today. Well, when you really get us talking honestly about things, we have to admit that there’s always a good time to talk about Android. We really like the platform and we think that it brings a lot of good stuff to the table. But you have to make user that you know what you’re getting into when it comes to not only the software side of things, but also the hardware side. There are a lot of things that are going to differ from your experience if you’ve been an iPhone user for a long time, and this can be a good thing if you’re willing to adapt to another platform.

We think that the first feature that we really want to highlight would have to be automation. The Android platform allows a lot of user control, which can be a blessing as well as a curse. Yes, you have system level control over so much of the phone, but the truth is that you can mess up your system badly if you really don’t know what you’re doing. Thankfully, there’s plenty of documentation online that can help you keep your Android phone running smoothly.

Automation comes from the Android app called Tasker, which is one of the most powerful apps for Android going. It lets you turn settings on and off based on location, time of day, and just about anything else you can think of. As you get better with setting up Tasker, you will be able to access a lot of deep settings on your phone automatically. Try to do that with a Blackberry. We dare you. 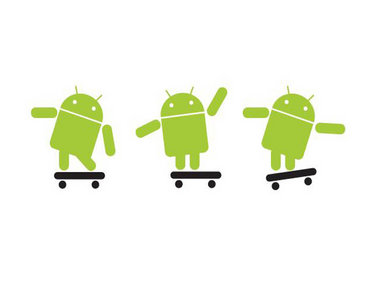 Next up is the ability to set up custom home launchers. You can add gestures, new shortcuts, and low level settings that might be able to speed up older Android phones. Two apps that we would recommend in this case would be LauncherPro or ADWLauncher. There’s a lot of customization and configuration that you can do with your device, so don’t think that you have to really settle for something that you really don’t want to use frequently.

Widgets are another area of Android that we just love. Yes, other platforms claim to use widgets in the same way, but nothing really comes close to the power that you get from Android. We really love the to-do list widget, because it puts your tasks right in your face. Even as you are swiping through home screens, you’re always going to see what’s going on behind the scenes.

Another thing that we love about Android is that you get removable storage and battery. So if you really want to upgrade the space that you have with your Android phone, you can definitely do that. If you want to change out the battery and get an extended use battery in there, you can definitely do this as well. It’s completely up to you to figure out what you want. It’s completely up to you to figure out how you’re going to move from point A to point B on an Android phone. If your battery stops working with the iPhone, then you’re going to have to replace the whole phone — you can’t just pop in a new battery on your own.

Wireless app installation is something that can be pretty exciting. You can actually go out to the Android Market, find the apps that you want and hit install. It’ll be on your phone the next time you pick it up. No wires, no trickiness of any kind. Install, boom, done.

If you’re more technically inclined and you really want to hack your phone, there are custom ROMs available. The entire OS is open source, which means that people have taken it, tweaked it, and come up with their own version. You can add a lot of functionality to your phone without a lot of effort. Of course, the phone is definitely useable with just a few apps, so you don’t have to feel like you have to do too terribly much. Now is the perfect time to make sure that you’re looking at getting everything you can to make sure that you really get to enjoy your Android to the fullest.

Have you ever wanted to control your phone from your computer? You can definitely do that — you can actually do a bit — sending texts from Chrome or accessing a lot of different phone functions. Of course, this is a little geekier than what you might want to do, so keep that in mind too.

Of course, if there’s one thing that people like about Android, it’s the fact that you can view Flash websites and videos. Flash is something that a lot of people don’t want to go without, and there’s a lot of content that is simply Flash only. After all, who doesn’t like the idea of being able to look through YouTube freely, or a thousand other Flash based websites?

One app that has a lot of people excited about Android would have to be Google Voice. Even though GV has come to the iPhone, the truth is that Android provides a more integrated experience. Android fans can really use Google Voice to make all of your phone calls. This is something that can happen automatically, which is always a good thing. Custom phone and text apps flow so smoothly on Android, and the open source aspect is really what makes this happen.

So, if you’re thinking about trying to get a great phone, we hope that you’ll think about an Android phone. However, if you would rather go with another platform, that’s fine too — trust us, we will definitely not be angry at all with your decision!